The Michael P. O'Brien Athletics & Recreation Center Arena is home to the men's and women's basketball teams as well as the Seahawk volleyball squad.  The Arena includes seating for 1,200 fans and a hardwood maple court named after St. Mary's Hall of Fame coach, Ed Cole.

The MPOBARC resulted from the renovation and expansion of Somerset Hall.  The MPOBARC opened in the spring of 2005 and houses, along with the arena for basketball and volleyball, an Olympic-size 50-meter swimming pool and a fitness center that nearly doubled the size of the original facility as the entire complex is 110,000-square feet.

The recreational courts and 25-yard pool from old Somerset Hall remain in use for recreation, club sports, classes and an intramural program that offers everything from soccer to flag football to volleyball. 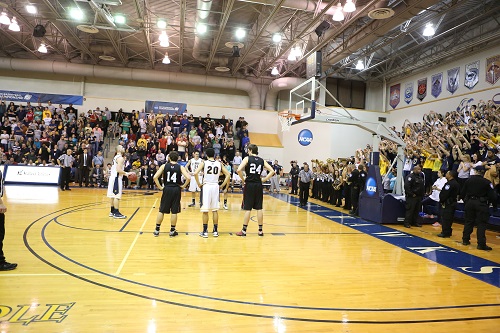